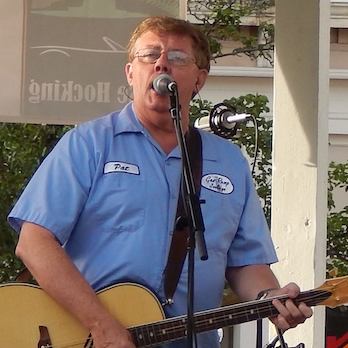 Pat McLoughlin has been performing throughout Ohio for over thirty years and over 1,200 live performances.

In the mid 1980’s, he was a founding member of the seminal Country-Rock Band called Cimarron. Cimarron developed a loyal fan base, performing from 1984 thru 2001, by incorporating entertaining humor around many of his original songs, while blending covers of the contemporary country music of the day. It proved a successful formula that lead to steady bookings and the eventual invitation to come to Nashville to record what would be Cimarron’s first only CD, “Incognito”.

Although the CD had little success within the United States, it faired far better outside the country, yielding two top twenty-five songs on the International Country Music Charts (“My Greer Eyes” #11 and “I Believe, She Believes” #21).

For business reasons Cimarron made the hard decision to pursue a different musical direction, electing to pursue the classic rock market. In 2002, McLoughlin became the founding member of The Gas Pump Jockeys. The band continued to incorporate a sense of humor within its musical performance, promising listeners, “More songs per gallon than any band in North America”.

The Gas Pump Jockeys had a goodly amount of success, performing at fairs and festivals throughout the State of Ohio and neighboring states, and giving McLoughlin his second successful band in two efforts. But his best accomplishment was forthcoming.

In 2016, McLoughlin began the task of reuniting the band that had opened for The Beatles during their last tour of The United States called The Cyrkle. During their heyday, The Cyrkle successfully charted six songs on Billboard’s Hot 100 including, “Turn Down Day” which peaked at #16, and the classic “Red Rubber Ball”, which peaked at #2.

After nearly a full year’s effort, he successfully added two original members of the band to the Gas Pump Jockeys lineup, and reviving The Cyrkle for a national tour, in celebration of their 50th anniversary. They continue to perform around the United States to this day. Additionally, they have released a new single, released the first ever live album by The Cyrkle (‘Full Cyrkle”) and is spearheading the release of the band’s first studio album since 1967 featuring all new original material. 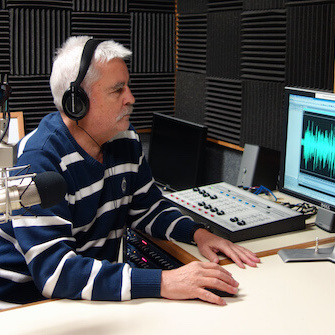 Doug grew up on the east side of Columbus in the era when garage bands, WCOL, BBF, Musicol, Whitey Lunzar’s, and Valley Dale ruled. It was the golden era of street dances, transistor radios, Jerry Rasor’s Dance Party and Lazaballoo. And Doug was absorbing all of it.

He is a retired IT professional who has found a way through Local Lix to combine his passion for music, local history and technology. He operates the board for recording Local Lix interviews, mixes the material and sets up each weekly broadcast.

In addition to his work on Local Lix, Doug operates ColumbusMusicHistory.com, a website “Dedicated to documenting, preserving and sharing the musical treasures of Columbus: Stories about the artists, clubs, labels, shows and recordings.” The site contains an extensive image archive of WCOL radio surveys, Central Ohio record labels, photographs and other artifacts.

Doug has also played in and produced local band projects the Scioto River Band, the Shacktones and Windrush and was a contributor to “Island Riddims,” a weekly radio show featuring reggae music broadcast initially on WVKO and later on CD101.

He is a true believer that the Central Ohio area has always been loaded with top-shelf musical talent in virtually every genre, from garage to jazz to soul to country to reggae to classical. The talent pool here is second to none, a fact that is confirmed time and again with each new Local Lix interview.